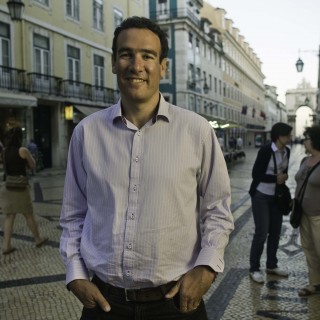 Raphael Minder has been based in Madrid as the Spain and Portugal correspondent for The New York Times since April 2010. He has written extensively on the impact of the financial crisis on Spain and Portugal and the resulting political tensions, including the secessionist drive in Catalonia. He has also covered social issues, like illegal migration and domestic violence in Spain, and writes about sports and culture, including the rivalry between Real Madrid and FC Barcelona and efforts to complete Gaudí’s Sagrada Família.

Born in Geneva, Raphael has been a full-time journalist since 1993, when he started working in Switzerland for Bloomberg News. He spent 10 years as a staff correspondent for The Financial Times, working in Paris, Brussels, Sydney and finally Hong Kong as the FT’s Asia regional correspondent.

Raphael holds a Bachelor’s degree from Oxford University, where he studied politics, philosophy and economics. He also has a Master’s degree from the journalism school of Columbia University in New York.

Raphael has always worked in English, but also speaks French, German and Spanish.