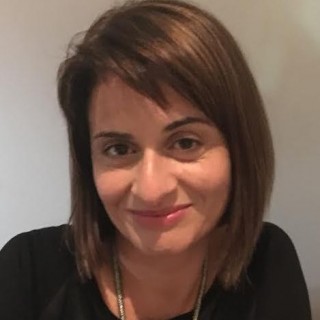 Dr Myria Georgiou is Associate Professor and Deputy Head of Department at the Dept. of Media and Communications, LSE. She has a PhD in Sociology (LSE), an MSc in Journalism (Boston University) and a BA in Sociology (Panteion University, Athens). Her research focuses on media and the city; urban technologies and politics of connection; and the ways in which migration and diaspora are politically, culturally and morally constituted in the context of mediation. For more than 20 years she has been conducting and leading cross-national and transurban research across Europe and between British and American cities. She has also worked as a journalist for BBC World Service, Greek press, and the Cyprus Broadcasting Corporation. She is the author of Diaspora, Identity and the Media (Hampton Press, 2006) and Media and the City (Polity Press, 2013).