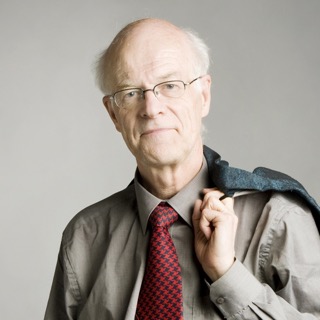 Kaarle Nordenstreng is professor emeritus of Journalism and Mass Communication at the University of Tampere. Before joining this Scandinavia’s oldest institution of journalism education in 1971, he worked as head of audience research at the Finnish Broadcasting Company. Earlier, as radio journalist he conducted interviews among others with Carl Gustav Jung and Marshall McLuhan. He has attended numerous committees on international relations, media policy and higher education in Finland. Internationally, he has been expert of UNESCO (1969-82), Vice-President of International Association for Mass Communication Research (IAMCR, 1972-88) and President of the International Organization of Journalists (IOJ, 1976-90).

Nordenstreng’s research has focused on communication theory, international communication, development communication, and media ethics. He has written or edited over 30 books, including Normative Theories of the Media: Journalism in Democratic Societies (with Clifford Christians, Theodore Glasser, Denis McQuail and Robert White, Illinois University Press 2009) and Useful Recollections: Excursion into the History of International Movement of Journalists I-II (with Jiri Kubka, IOJ 1986, 1988). He has published over 300 articles or book chapters, including “The international movement of journalists: 120 years of continuing struggle” (in Hizfi Topuz Festschrift, ILAD Hiperlink 2014).

Homepage with more extensive CV and list of publications: http://www.uta.fi/cmt/en/contact/staff/kaarlenordenstreng/index.html