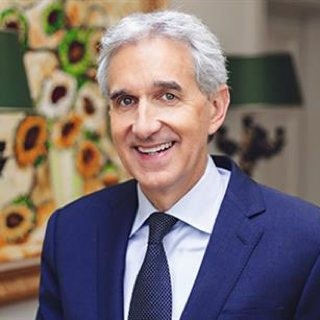 Jeffrey Gedmin is Co-Director of the Transatlantic Renewal Project at the World Affairs Institute and Journal in Washington, DC. Additionally, he is a Senior Fellow at the Georgetown University School of Foreign Service Masters Program and a Senior Fellow at the Institute for Strategic Dialogue in London. From 2011 to 2014, Gedmin was President and CEO of the London-based Legatum Institute, where he was responsible for the Institute’s strategic direction, budget, board relations, fund raising, research and programmatic agenda. Prior to joining the Legatum Institute in early 2011, Gedminserved for four years as President and CEO of Radio Free Europe/Radio Liberty (RFE/RL). He shaped the company’s strategy and oversaw its budget (100 million dollars) and multi-media broadcast operations, including radio, television, web and social media. As RFE/RL President and CEO, Gedminreported directly to the bi-partisan Broadcast Board of Governors (BBG), whose membership includes the U.S. Secretary of State. Before RFE/RL,Gedmin served as President and CEO of the Aspen Institute in Berlin. In this role, Gedmin reported to the Institute’s Board of Trustees and was responsible for vision and strategy, fund raising, budget, personnel, and programs in Germany and abroad. Before that, he was Resident Scholar at the American Enterprise Institute (AEI) in Washington, D.C and Executive Director of the New Atlantic Initiative.